Tuesday, under a very muscular wind, we went with the asses to the plan d'aou. Built on a plateau (which was part of the property of the Marquis de ForestA) very exposed, the city could have that day come out of the sails and fly in the sky (long the buildings have also carried names of boats or piracy from where the name of snack of St Antoine Le CORSAIRE…) ! The idea proposed by Cristina and Nadia of the social Center was to make bread and go to distribute it to neighbors and passers-by with donkeys (Billy was joined by Picasso and Caroline). 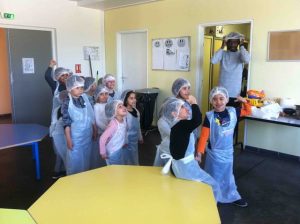 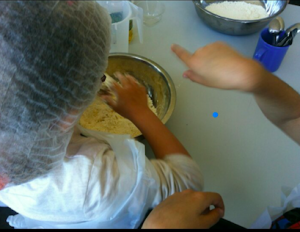 At the social centre, a team of small bakers 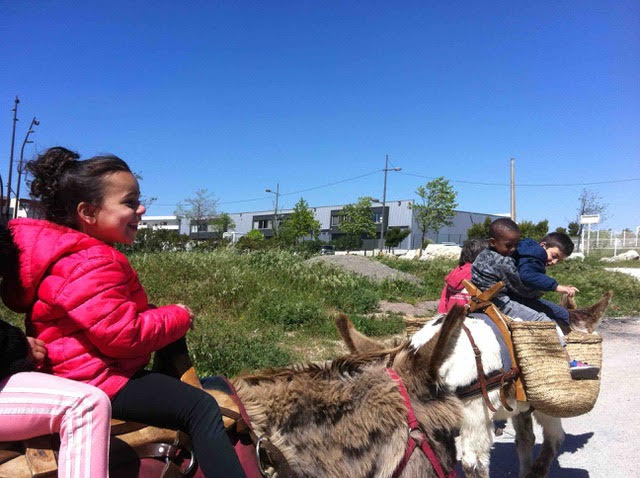 We leave to distribute the bread and then wander on ForestA

The next day we are with a Mistral more appearted to the Bricarde. This time the day concocted with the social Center and the Association Sextant and more associates the discovery of ForestA with the donkeys to photographic observation thanks to pinhole. The photos thus realised will be exhibited on June 4… 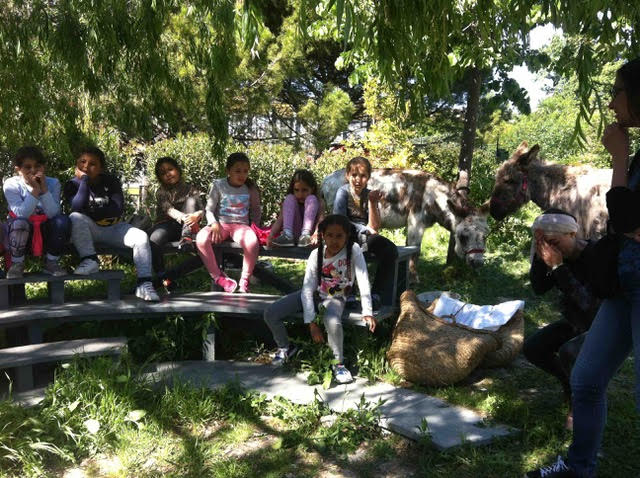 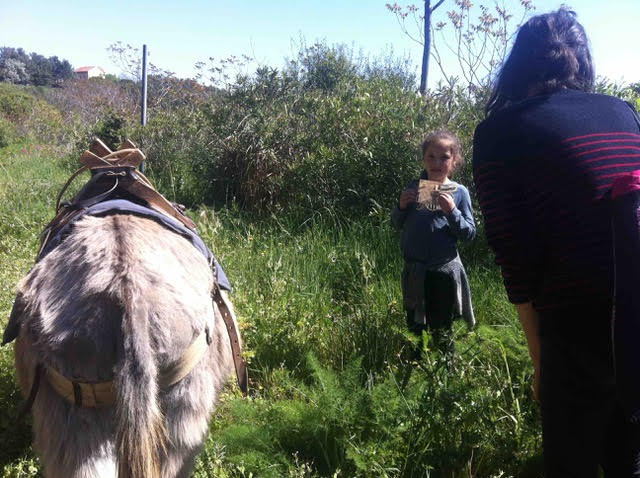 From Thursday several teams are activated. On the one hand a design and construction workshop with a group of young people accompanied by the AFEV. The builders of Yes we camp invite young people to dive into the landscape, in the plan, and in the proje 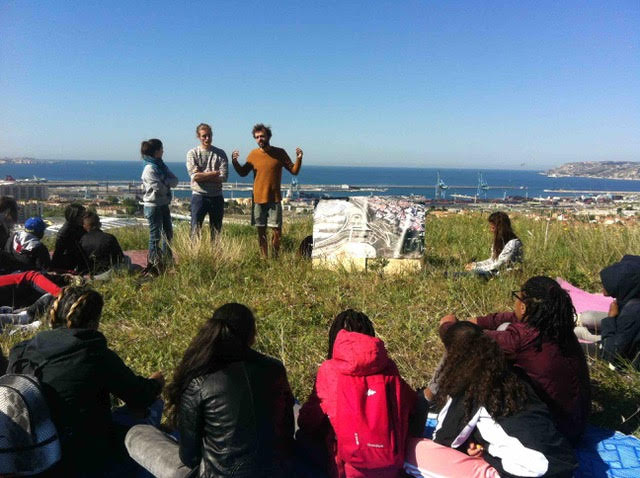 ct! We start the production of a podium and medals ForestA for the next day Olympiad with the social centers of the Viste, the Levèque campaign and the ADDAP! 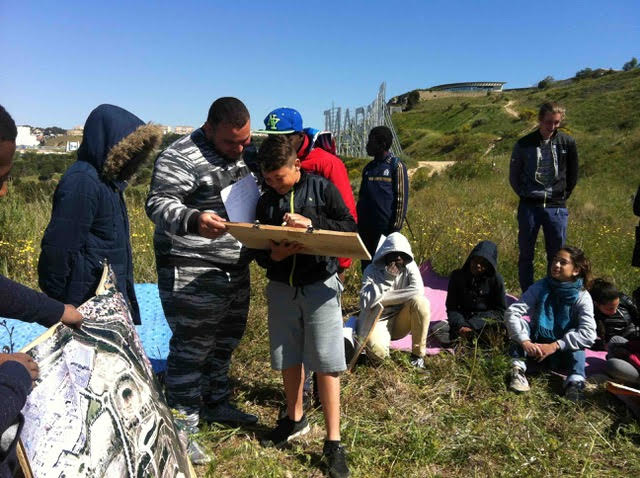 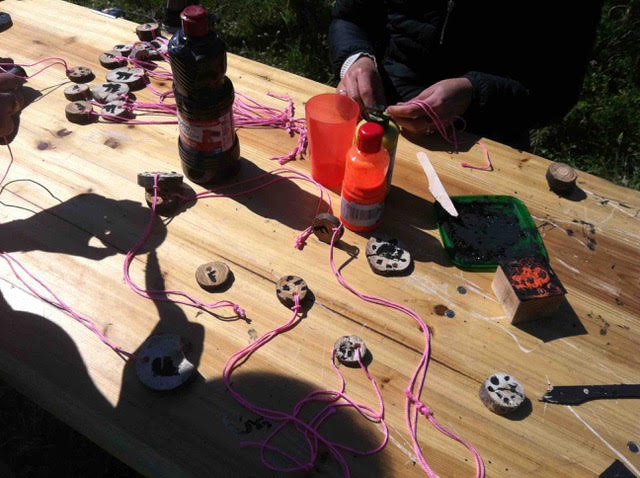 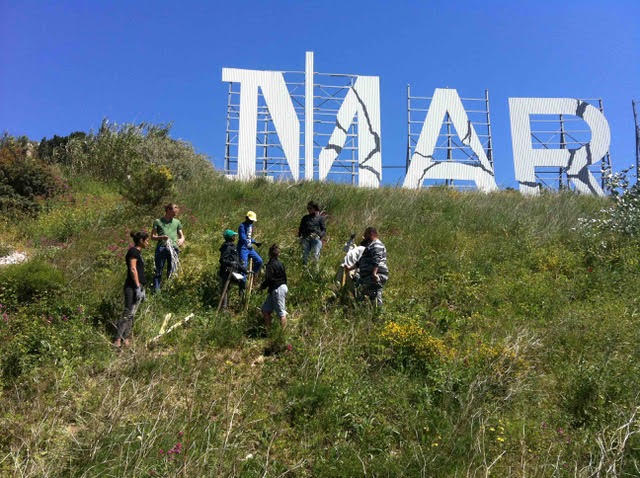 And that's the result. 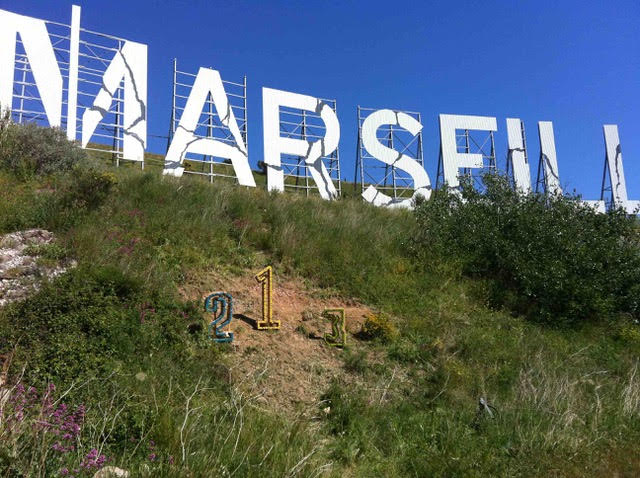 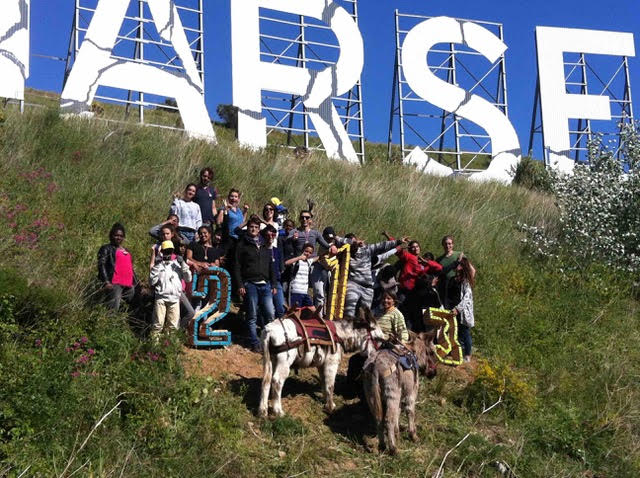 And during this time… On the side of the Viste we take advantage of the sweetness to look after the donkeys and discuss with Bénédicte what an animal like the donkey can bring to humans. Kind of mirror of our emotions, he is an excellent mediator or even a malicious therapist. Before joining ForestA we walk in the history and the landscapes of the district, between stories of castles, Hermitage and architecture (the city is classified 20Th century heritage). 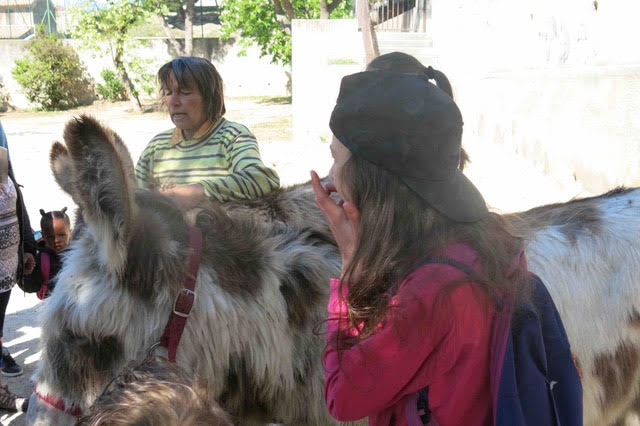 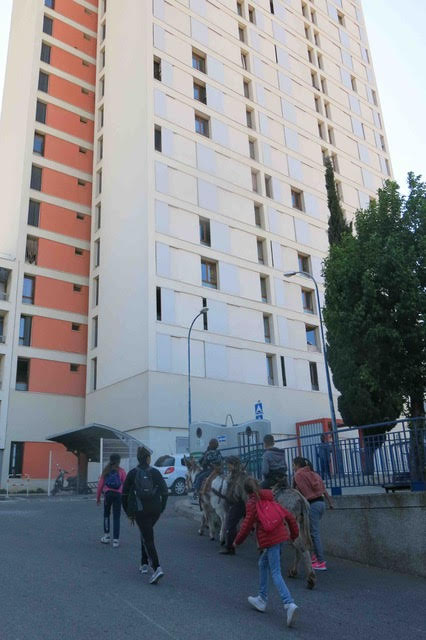 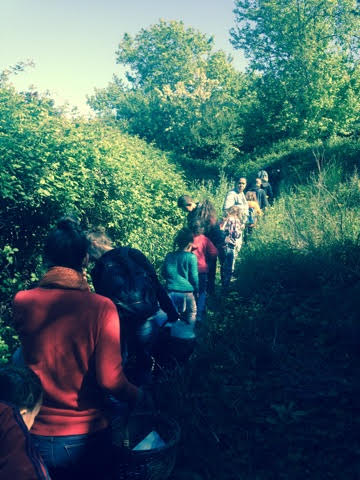 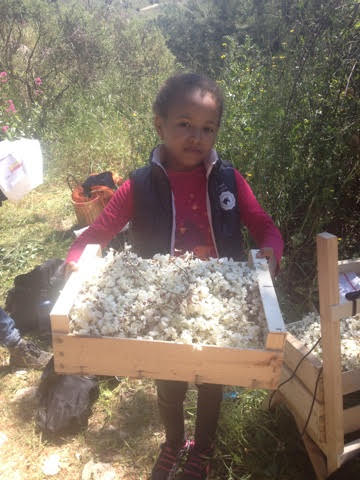 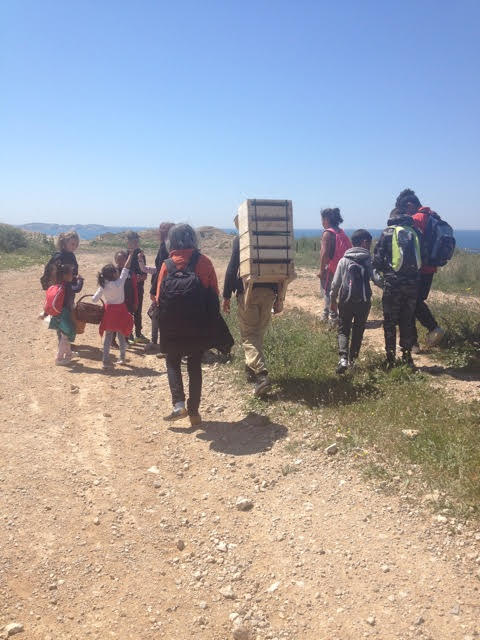 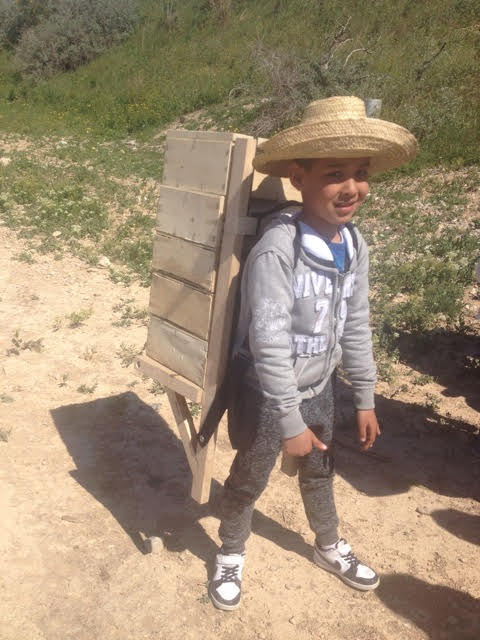 The Monday following a new plot will be created, braided and inventoried by the children of the school of the Viste. 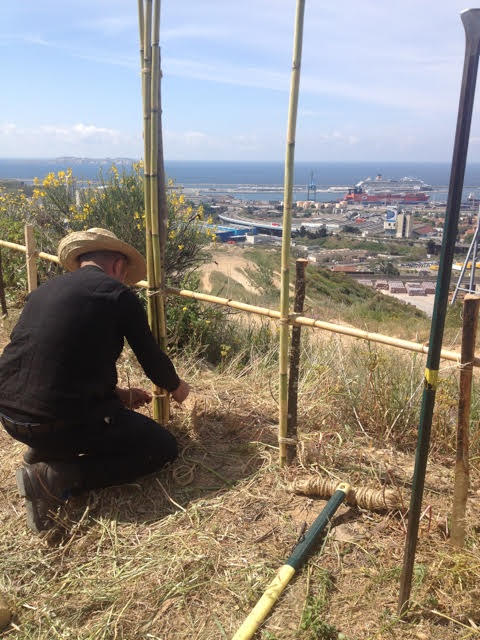 And finally on Friday: we have on one side tested the sporting uses of the land with a small Olympiad and on the other started the grocery ForestA (syrups of fennil and Acacia, tajine of mauve and biscuits with thyme) in the kitchens of the Gare Franche. The smaller ones also prepared the seed bombs to be used for collective action on 4 June. 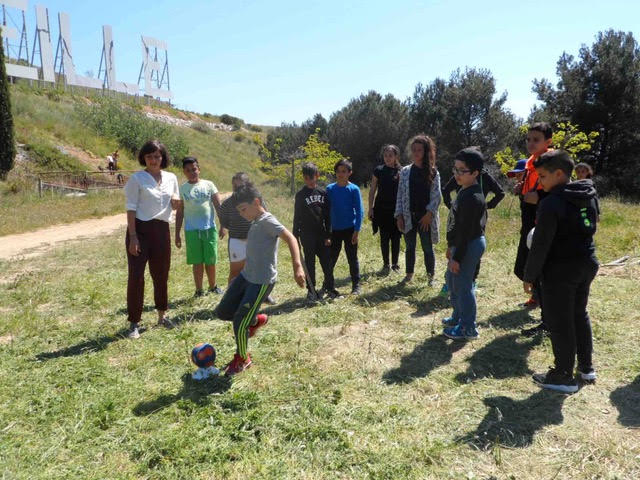 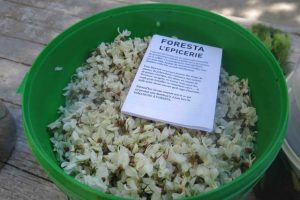 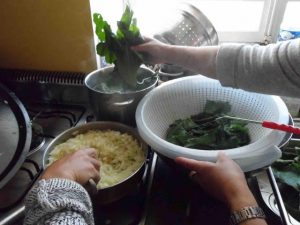 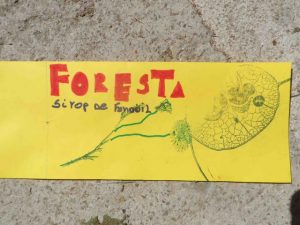 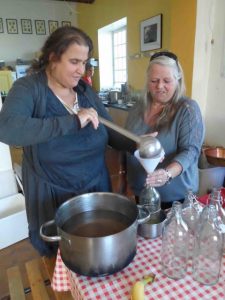 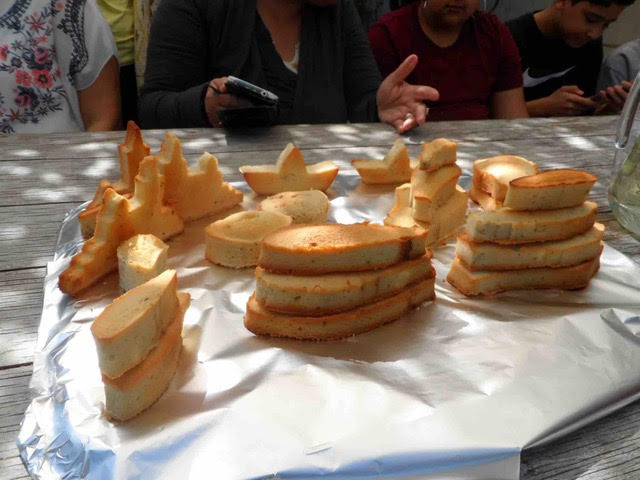 And the end image promised at the beginning: ForestA version cakes landscapes. Do you recognize?